If you are an artist of any discipline, you will completely understand the unstoppable urge to create your own art. The unexplainable force that makes you want to express yourself. This is the same for the Dutch alternative metal band SiMÓN: They can’t help making their dark, raw, dramatic, but melodic sludgy music. Of course, you could point at the state of the world, the destruc- tive nature of men, the personal affections for the darker things in life or the joy of hanging out together and make great music.

From the beginning of the band in 2005, SiMÓN has always been about sharing the passion for creating and performing. Where the debut \'Slices Of You\' (2009) can be seen as a musical interpretation of brutally tearing the world to shreds, the band’s new album “The Inner Traveller” (2013) describes the journey afterwards, musically as well as lyrically. It contains longer and epic compositions in a comprehensive mix of heavy, bombastic metal, psychedelic and melodic rock.

In addition to the production of \'The Inner Traveller\' the band spent a few weeks recording in the famous Leidsche Schouwburg theatre, which is an over 300 years old Dutch theatre with a lot of history. The ambience while recording was monumental, haunting and isolating, which is the foundation of this album. The guys from SiMÓN have engineered, produced and mixed the album themselves and had it mastered by Jochem Jacobs at the Split Second Sound Studio in Amsterdam.

\'The Inner Traveller\' was released by Redfield Digital in December 2013. The members of the Rotterdam based band have been active in the Dutch music scene for many years and have been involved with bands like Face Tomorrow, Dreadlock Pussy, Viberider, Dead By Dawn and Sk;rl. Having played and worked with bands such as Textures, Torche, Pelican, Callisto, A Storm Of Light, Karma To Burn, Tank 86, Izah, Amen Ra and many others. 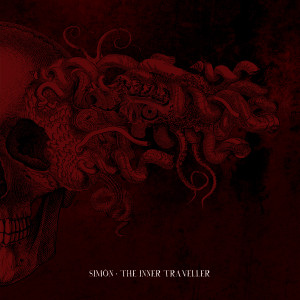 From the beginning of the band in 2005 SiMÓN has always been about sharing the passion for creating and performing. The band’s new album 'The Inner Traveller' (2013) describes the journey after debut 'Slices Of You' (2009).