BRING BACK PERSEPHONE rose from the ashes of the old skin, reborn like the rising phoenix ready to fly one more time. Hailing from Athens, Greece, the history of the band reaches back to 2006, when it was originally founded by Dennis Kors, leading as frontman and guitarist at the time. In 2008 Apostolis Trig joined to take duties on lead guitars and later that year, George Wackinger joined as well as the bass guitarist of the band and the third oldest member since the inception.

Three years later, the band recorded a 4-track EP called ‘Scattering Infection’ still under the name RAREFORM. Following that, the guys performed a handful of shows in Athens and other major cities across Greece to promote their latest work. After that run, the band took a hiatus in order to be able to create a new project with a new sound and fresh ideas. 2013 was the year when all members decided that they wanted to be reborn from the past, which also made a new name a priority. More matured over the years of silence, the band entered the studio, for the first time under the name BRING BACK PERSEPHONE, for two split releases to celebrate eight years of effort staying focused to continue with courage and integrity.

In 2014 Antonis Albanos joined to handle the drums of the band as a full-time member. In the same year, the band entered Destiny Studio in Athens to record the first EP. Entering 2015, the songs went to Bandit Studio in the UK to the well-known guitar player and producer Jonny Renshaw (DEVIL SOLD HIS SOUL, THE ELIJAH, WHEN WE WERE WOLVES). The first EP as BRING BACK PERSEPHONE was entitled ‘Years of Suffering’, dedicated to all those years that the band struggled against all odds, to come to the point to produce the fine piece of art that lies into our hearts. BRING BACK PERSEPHONE were ready for the next chapter, supporting their latest output live and heading back to studio once more to record their next EP ‘Revival’.

After six months playing live across Greece and supporting some major names of the hardcore scene including BORN FROM PAIN, DEFEATER and BANE, BRING BACK PERSEPHONE went back to Destiny Studio in Athens to record ‘Revival’. In September the songs went to Homeless Records studio in France to another great producer and musician, Florent Salfati (SHOOT THE GIRL FIRST, LANDMVRKS, HATE IN FRONT, ALASKA), to handle mix and mastering.

One month later the band signed with Redfield Digital, a division of Redfield Records. ‘Revival’ will be released February 19, 2016 and BRING BACK PERSEPHONE will hit the road for many shows and supports in their homeland Greece, as well as for festivals and tours around Europe for the first time. 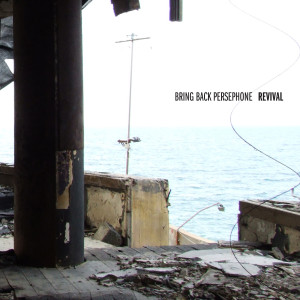 BRING BACK PERSEPHONE rose from the ashes of the old skin, reborn like the rising phoenix ready to fly one more time. Hailing from Athens, Greece, the history of the band reaches back to 2006, when it was originally founded by Dennis Kors, leading as frontman and guitarist at the time.