Progressive metalcore outfit ABSTRACTS from Tokyo, Japan mixes a melodic and catchy sound with technical rhythm. Only formed in 2014, the band already celebrated the nationwide release of its self-titled debut in October of the same year in its home country. Internationally known artists were involved in the making of this record, such as Acle Kahney of TESSERACT who was in charge of the mastering, Marcel Gadacz of DREAM ON DREAMER who did the artwork and Mark Holcomb of PERIPHERY who contributed a guest appearance on guitar.

In spring 2015 ABSTRACTS performed a number of live-dates throughout Japan in support of their debut. In June they signed to Go With Me Records and announced the production of the second album, along with new member Hikari on the drums.

In January 2016 ABSTRACTS reported the release of their second album ‘Hologram’ in March via Go With Me Records in Japan and shortly afterwards put out a same titled video that also introduced their new guitarist Kyosuke (ex-CALLING FROM THE REACH).

Finally in February ABSTRACTS happily announced the signing with Redfield Digital for the digital release of their sophomore album in Europe on April 8. It features an exclusive bonus track (‘Siberia’) and a guest feature by Kento Sugisaki of 7YEARS TO MIDNIGHT in the song ‘Mirror’. 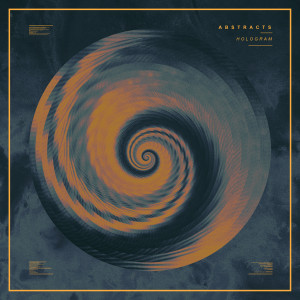