This is the note of black arts, the one and only dark electrocore! Since three years from their last piece, SEVER BLACK PARANOIA from Tokyo, Japan finally release their first full album. Among many bands using electro sounds, their greatest attraction is the chaos of darkness, the new essence that no one has ever heard, which could be called “the note of black arts”.

Various gimmicks, including characteristics of psychedelic and goa trance, locked together with Japanese lyrics, are combined in one entity. The work was mixed and mastered by the New York’s IF I WERE YOU in the band’s own studio. Moreover Teeda of BACK-ON and more buddies (INCEPTION OF GENOCIDE, A GHOST OF FLARE) are featured on the tracks.

Having started in 2009, SEVER BLACK PARANOIA produced a project of synchronizing video and sound. In July 2012 the first mini-album ‘Metasentiment’ was released and in March 2013 a second one under the title ‘East of Eden’. And now, at last, they will release their first full-length album ‘ELIZA’ on May 20, 2016 in Europe.

Full with a unique view of the world, SEVER BLACK PARANOIAS’s sounds of chaos and dark electronic are differing from other digital bands and they offer new sources of electro sounds in the genre. Finally a full album with an extremely dark view of the world has been created, it’s called ‘ELIZA’. 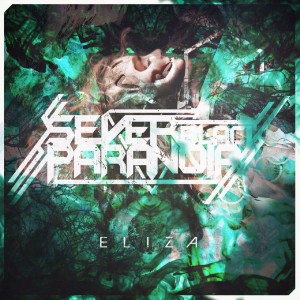