Punkrockers AS WE GO from Cologne, Germany will release their new album \'Stumble & Stand\' on August 19, 2016. Inspired by good music and even better friends Björn, Sebastian, Maurice, Thomas and Thomas unite the experience of centuries, hundreds of live shows and a lot of enthusiasm in their sound - you can hear that in every single second.

After the release of their DIY EP ‘Alright For Now’ (2014), the guys teamed up with producer Uwe Sabirowsky (BEATSTEAKS, BOYSETSFIRE, DONOTS, KEITH CAPUTO, JUPITER JONES) to record their first long-player ‘Stumble & Stand’. The album was recorded, mixed and mastered in the famous Minirock Music Studios. The result of this work are eleven songs that reflect everything AS WE GO are about and they show that punk rock is far from being played to the end in 2016! 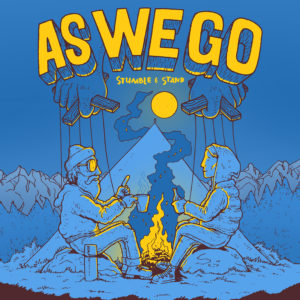 Punkrockers AS WE GO from Cologne, Germany will release their new album \'Stumble & Stand\' on August 19, 2016.