Melodic hardcore quintet WHITERIVER has travelled on a rocky road since the release of the debut ‘A Beautiful Place To Hide’ in 2016. The band didn’t only have to deal with line-up changes on the instruments, also the position of the frontman had to be re-occupied two times until WHITERIVER had found their own unique voice. But turbulent, stressful and exhausting times often lead to the best and most authentic results. ‘WARMTH’ is proof that giving up should never be an option. The album is intensive and personal but, regardless to the own fate, it takes a reflected look at the world as well.

WHITERIVER, who describe their own musical style as ambient melodic hardcore and like to work progressive elements into their sound, create ambitious music without being sophisticated. The main focus is always on song-writing and content. Platitudes and cliche?s are not welcome as well as permanent self-reflection. WHITERIVER rather pick up topics like revenge, remorse, being disorientated, longing for freedom and feelings as well as social criticism and find corresponding images in nature. For example four songs on ‘WARMTH’ add up to a bigger picture, like former guitarist and new singer Anatoli ‘Toli’ Kalyuk explains: “With ‘Vesna’ (Slavic spring), ‘Lato’ (Slavic summer), ‘Fall’ and ‘Hiver’ (French winter) there are four songs on the album that tell a coherent story in which the different language families represent the course of time.” Toli further explains: “To interpret ‘WARMTH’ in relation with the songs means that, despite all doubtable decisions, it’s important to work towards a certain goal and concentrate on the positive things. Despite all obstacles there is always the point when everything is put into perspective, like in a cycle or even the wheel of the year.”

‘WARMTH’ was written in a time when the band lost numerous members but it also found new ones – a process that was connected with a lot of work and demanded some stamina. “The only thing I had in mind, was to hang on until the long-term goal got within reach – and not to give up”, Toli looks back. With the completion of the album WHITERIVER have come to full circle and a new era begins. 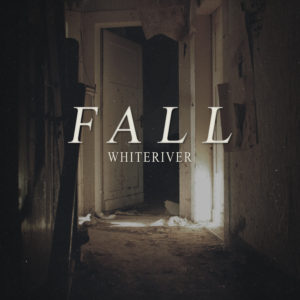 `Fall´ is the first single taken from the new album `Warmth´ and the beginning of working with Redfield Digital. 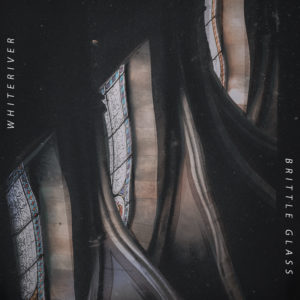 WHITERIVER’s new single ‘Brittle Glass’ continues the path their first single ‘Fall’ already took. Emotions and passion from the first note to the last scream - the band really knows how to transmit their feelings and pure compassion.

WHITERIVER, who describe their own musical style as ambient melodic hardcore and like to work progressive elements into their sound, create ambitious music without being sophisticated.