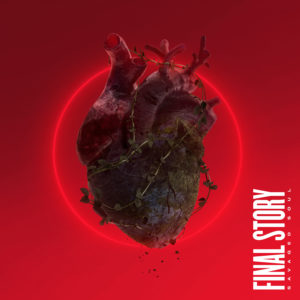 “The idea behind ‘Savaged Soul’ is that everyone of us is shaped by life itself. Drastic experiences can distance us from ourselves more than we are able to control. We’re not always proud of everything that we’ve done. But for these reasons it’s even more important to accept yourself with all your mistakes. Every human being is of value, no exception. Our mistakes and failures don’t make us less worthy – they shape us and make us unique.”

The story of FINAL STORY is written since 2010. Since the release of their debut EP ‘Hopefully This Will End Well” in 2012 countless stages at home and abroad have been shared with national or international artists like OF MICE & MEN, BLESSTHEFALL, ELUVEITE & HANDS LIKE HOUSES. In the course of the debut album ‘Carpathia’ (Redfield Digital) the band didn’t just play on the Greenfield Festival, also a two-week tour through Russia marked another highlight in the band history. FINAL STORY proved their courage to try new things once more with ‘Recreation’ (Redfield Digital): The EP includes six songs that they rearranged for a full acoustic performance. The result sounds, especially for a metalcore band, exceptional, pure and intimate.

For ten years the story of the quartet from Aargau, Switzerland has been about just one thing: passion. No matter if it’s merciless metalcore, EDM or even more quiet sounds, all these influences are processed in a way that they are beneficial to the band’s sound – nothing else counts. Also ‘Savaged Soul’, Final Stories new album, is again packed up with all this passion. However, the second album didn’t just need a certain warm-up phase, at the beginning FINAL STORY had to make a decision of much greater importance, like guitarist Kevin Schärer reports: “In summer 2018 our motivation was at an all-time low. But when we talked through the possibility of disbanding, we all realised how unbelievably painful that would be and nobody was ready to take that step. So, the most reasonable step seemed to be to take the bull by the horns. Pull ourselves together, write songs, release an album, new attack. Well, that was the plan, but the reality turned out to be a lot more difficult than we had thought because our aim was to do everything different. After a couple of failed attempts, we had to consider the question why we were limiting ourselves. The only aim should be good songs, it doesn’t matter, which elements we involve. By realising this, all our creativity broke loose and the motivation was suddenly back. These extreme highs and lows had a huge influence on ‘Savaged Soul’ and made it a lot more personal affair.” FINAL STORY recorded the new album themselves with the help of Sascha Masymov at SMAKsound studio, it was mixed and mastered by Christoph Wieczorek at Sawdust Recordings. Altogether they completed an album, that doesn’t try to negate the past and shows huge refinements at the same time. “The new sound is a lot darker and matured. The striking electronic elements have almost disappeared completely and the vocals are lot more variable. The songs are not so fast anymore but they have a lot more impact”, Schärer reports.

That FINAL STORY haven’t forgotten how much fun it is to experiment, is especially proven by the two feature tracks. In ‘Closer’ the guest appearance by Maria Lessing takes the emotionality of the track to a whole new level and the feature ‘Bulleltproof’ is absolutely unforeseeable: “With BEAR in the song ‘Bulletproof’ there is a rap part in Swissgerman, our mother tongue. This might seem irritating at first but it’s a perfect match. His aggressive rap style combined with the refined lyrics doesn’t sound like an experiment for us but as if he is a part of the band”, Schärer enthusiastically confirms.

“’Savaged Soul’ is supposed to bring us back on the scene quickly. The last long-player was released four years ago and even though we had something going on constantly, nothing had the same impact as the first album. Especially last year it got a bit quiet around us, so we want to prove that there is a lot more about to happen.” FINAL STORY refuse to tell the last chapter – not for a long time yet.

FINAL STORY are one of the bands that are constantly in search for the bigtime songs. The five guys from Switzerland would never be satisfied with a half-hearted output and this is impressively proven on their debut-album “Carpathia”. Catchy melodies, rock-hard breakdowns paired up with the bravery to sometimes strike a more quiet tone. 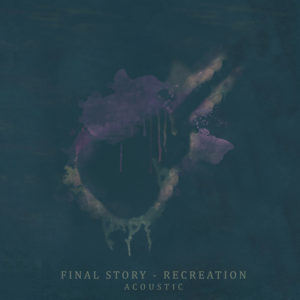 On ‘Recreation (Acoustic)’ there are no compromises and despite the reduced preconditions no time or effort were avoided. With the single ‘Stars’ it remains quite obvious where FINAL STORY are headed to – the very top, no matter how stony the roads gets. The final pages of the story are still about to be written.

For ten years the story of the quartet from Aargau, Switzerland has been about just one thing: passion. No matter if it’s merciless metalcore, EDM or even more quiet sounds, all influences are processed in a way that they are beneficial to the band’s sound – nothing else counts.