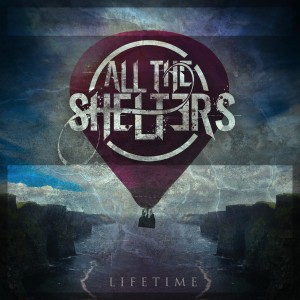 ALL THE SHELTERS is a metalcore/post-hardcore outfit from France existing since September 2010. Formed by Julien Escher (vocals), Raphaël Prot (guitar), Richard De Mello (guitar), François Arbogast (bass) and by Quentin Jung (drums) these muscians are playing spice and manifold metalcore.

The band soon recorded their first EP 'Reach', shot their first music video and played shows as much as possible in order to get out of their country.

The music video of the song 'Atlas' recently reached more than 35.000 views on YouTube. With their brand new EP 'Lifetime' the band has improved their sound, has already released a video for the song 'Lifetime' and has caught the attention of Redfield Digital.

ALL THE SHELTERS (France)