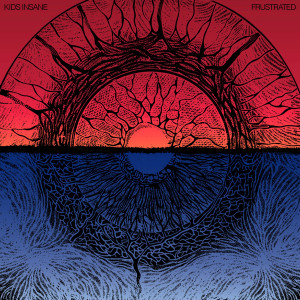 Loaded with sarcasm, KIDS INSANE’s attitude keeps bringing a fresh outlook and a different artistic stroke to the world of Hardcore music.

KIDS INSANE’s sound is heavily influenced by the early days of Hardcore. Bands like Black Flag, Circle Jerks and Minor Threat play a big role, while these foundations also leave space for heavy hitting Rock ‘n’ Roll Riffs some might find similar to bands like Refused, Gallows or the Suicide File.

The band recently finished a month long successful European tour, for the second time, and the boys are now getting ready to push their new EP and explore new territories to gain even more following.

Last December shed light on the band’s and new EP 'Frustrated' a 6 song follow up to their successful debut album 'All Over'. The 'Frustrated' EP is a combination of songs influenced by the bitter taste of being stuck in one place and having bombs fly around from time to time.

The EP starts with 'Keep Staring at the Sun', a full on call for Armageddon, a sarcastic soundtrack for the end of the world and is wrapped up by the posit- ive anthem 'Standing Up', which features guest vocals from Scott Wade (ex- vocalist of the Canadian band Comeback Kid). The EP was recorded by Eli Pikover and was mixed by Dean Baltulonis (The Hold Steady, Give Up The Ghost, Madball).

KIDS INSANE’s touring plans for 2014 include places they’ve never been to before like Italy, Spain and Portugal in the spring, returning to the UK and Western Europe in the summer and also a far out trip to Central and South America at the end of the year. 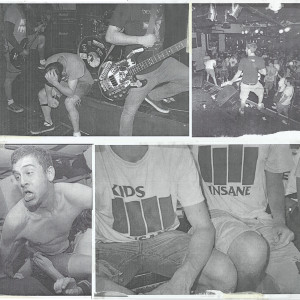 KIDS INSANE's sound is heavily influenced from the early days of Hardcore, bands like Black Flag, Cirlce Jerks and Minor Threat play a big role for the heavy hitting Rock'n'Roll riffs and some might be similar to bands like Everytime I Die, Gallows or The Suicide File.

KIDS INSANE are a very angry band, drawing on events from the not so ordinary life in Israel, most songs deliver a state of the nation address, a warning, from a generation of kids that seeing no future. Loaded with sarcasm, KIDS INSANE's attitude keeps bringing a fresh outlook and a different artistic stroke to the world of hardcore music.