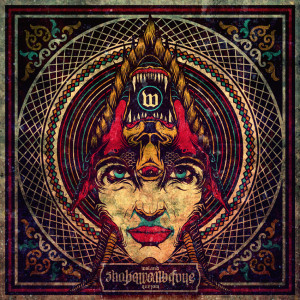 SHAKE WELL BEFORE is a metalcore/hardcore outfit from Genoa, Italy. It started off as a project in 2008, back then with different band members and a different music style. After the recording of three demos and a few line-up changes, the band had adjusted its musical direction as well and celebrated a rebirth with vocalist Silvio Musso, drummer Stefano Zappia, guitarists Alessandro Tuvo and Francesco Martini and bassist Simone Donato.

In October 2011 SHAKE WELL BEFORE released a teaser for the song “Watch- ing Jersey Shore” on YouTube. It was recorded by Marco Mantovani (HOPES DIE LAST) and displays the definitive change of the band. The first EP called "Goliath" was recorded at the Fusix Studio by Andrea Fusini (MS WHITE, UPON THIS DAWNING, READY! SET FALL, IF I DIE TODAY, MELODY), who is well-known to the Italian music scene, and released it in March 2012. "Insomnia" was the first single taken from that EP accompanied by a video directed by Andrea Larosa on YouTube. In December 2012 the band released a lyric-video for the song “Southern Red” as a pre-taste of what the first full-length album would be going to sound like.
Meanwhile SHAKE WELL BEFORE shared the stage with bands like TEXAS IN JULY, HEARTH IN HAND, HOPES DIE LAST, ADEPT, MORE THAN A THOUSAND, HAND TO HAND, THE DEAD LAY WAITING, WALKING WITH STRANGERS, AUBURN (and many more...) and played in different countries all across Europe.

With that steadily growing live-experience and the feeling of having grown together as a band, SHAKE WELL BEFORE once again opted for producer Andrea Fusini and the Fusix Studio to record their first album, that turns out to be everything the band worked on in recent years but also a lot more. On “Woland”, that is released world-wide on digital on October 10, 2014, you hear a band that is ready to compete with the international scene and will continue to set its very own landmarks.

SHAKE WELL BEFORE is a metalcore outfit from Genoa, Italy founded in 2008. After various demos and line-up changes, the band celebrated its rebirth with vocalist Silvio Musso, drummer Stefano Zappia, guitarists Alessandro Tuvo and Francesco Martini and bassist Simone Donato.