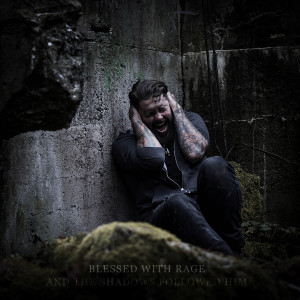 And The Shadows Followed Him

BLESSED WITH RAGE have been a well kept secret of the post-hardcore scene long enough. In the early days of their career, the guys from Kassel, Germany were always just a hot tip for fans of the genre – despite a remarkable number of shows and strong first releases. This will no longer be the case in 2015! With a new album, a strong line-up and an improved sound, the band will, even outside of a certain circle, get the attention it deserves.

Since the founding back in 2012, BLESSED WITH RAGE released an EP (“This World Ends”, 2012), an album (“HeavenSkyline”, 2014) and some singles. Also because of numerous support-shows, e.g. for ESKIMO CALLBOY, WE BUTTER THE BREAD WITH BUTTER, HIS STATUE FALLS, BORN FROM PAIN, MILKY CHANCE, HEISSKALT and WE WERE PROMISED JETPACKS the band was soon able to make itself a name as a promising newcomer in and around its home state.

Soon after the release of their debut-album, it got quieter around BLESSED WITH RAGE and the band had reorganise itself because of a few line-up changes. But also musically there were some things about to be changed: While at the very beginning metal was a sufficient description, it is now hard but nevertheless emotional post-hardcore, carried by varied vocals, touching guitar-riffs and driving drums. The sound has become more danceable but without losing any of its heaviness.

At the end of this process is an album that doesn’t have to fear the competition with international releases at all. Nevertheless BLESSED WITH RAGE remain to be a band, that is living the DIY-ethos on the highest level. For though the musicians found a label home at Redfield Digital, they still produce everything by themselves: From merch designs over music videos up to this longplayer. “And The Shadwos Followed Him” is released on April 23, 2015 and BLESSED WITH RAGE will engrave themselves where they belong: Into the heart of the core scene. Or like they say themselves: "The world is silent while the raven speaks!" 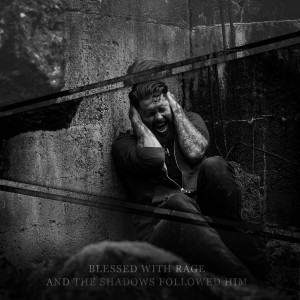 And The Shadows Followed Him (Grey Edition)

Expanded edition of BLESSED WITH RAGE’s second album „And The Shadows Followed Him“ with four exclusive bonus tracks.

BLESSED WITH RAGE from Kassel, Germany have been a well kept secret of the post-hardcore scene long enough. With a new album, a strong line-up and an improved sound, this will no longer be the case in 2015!