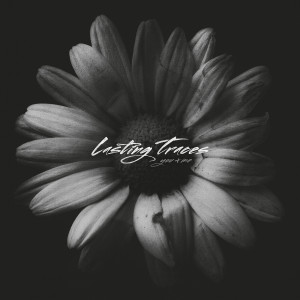 “How young men grew up, travelled the world and crossed borders they had never expected to…” This is how you could start, telling the story of LASTING TRACES. What started back in 2007 as “wild jamming in a rehearsal room somewhere in the middle of nowhere”, turned piece by piece “from a weekend-romance into a stable relationship”. Initially satisfied with its self-titled demo (April 2008) and occasional gigs at the local youth centre, the band’s standards and demands soon grew on the same levels.

The release of the single “Portraits” in summer 2009 was followed by a first small tour in Germany and Poland. “Show ourselves and leave an impression, no matter the cost”, the priorities were crystal clear during that time. At the beginning of 2010 LASTING TRACES put out a split 7” and toured in East- and Middle-Europe, as well as in the United Kingdom.

After being home again, once more there was songwriting on the agenda of LASTING TRACES, but this time it had to be an album – the ultimate discipline. “With a lot of enthusiasm but also respect we started working” and so already in May 2011, they were able to hold their first long-player “Old Hearts Brake In Isolation” in their own hands. To guess what was about to follow is quite easy because LASTING TRACES know the 101 of punk and hardcore off pat: “Tour, play and cause quite a stir.” The live-activities reached a peak in summer 2012 when the band travelled to Asia for two weeks, to experience, next to number of shows, the continent, the people and unexpected hospitality. The adventures that the guys wouldn’t even have dreamt of some years before had turned into reality just by their own music and personal devotion.

At the same time there were also some changes going on inside the band. Changes in the line-up and the questions concerning the future musical path of LASTING TRACES, were the leading parameters during that period. With the making of a new 7” called “Elements” at the beginning of the 2013, the plan manifested to take a step back from the “typical” fast hardcore, turn down the tempo but anyway to write massive songs that contain a little pop-appeal.

In summer 2013 finally the songwriting for the follow-up to “Old Hearts Break In Isolation” commenced. “To write a second album was an absolute mammoth task for us. After all we didn’t want to repeat ourselves or just trust on the tried and true. Build up new structures, create new ideas and implement them, stay LASTING TRACES, continue an evolution – all these points played an equally important role when we were writing the new songs.” In cooperation with producer Arkadi Zaslavski, who “supported, cursed and complemented our ideas,” the band was able to records its second longplayer in spring 2014 following its own ideas. On September 4, 2015 “You & Me” is released worldwide as download and stream via Redfield Digital and on vinyl via Demons Run Amok Entertainment. The title summarizes whom the album is dedicated to, who is fuelling LASTING TRACES and what it is about.

“How young men grew up, travelled the world and crossed borders they had never expected to…” This is how you could start, telling the story of LASTING TRACES.